5 Ideal Things To Eat In Rome, The Eternal City

If you have your sights on a trip to Rome, then you’ve no doubt already researched the best time to visit the Colosseum. You’ve probably got your tickets for the Borghese Gallery well in advance. We assume you know why you shouldn’t rock up to the Vatican museums in the late afternoon. But what about the food?  One of the best ways to really understand the culture of a city is through its cuisine, and Rome is no exception. Indeed, in Rome, food is culture.

The Eternal city’s dishes have evolved through centuries and periods of social, cultural, and political changes and as such, Rome has one of the world’s great populist cuisines which is both humble and inexpensive without forgoing flavor.

Today you’ll find fine dining restaurants alongside traditional trattorias and chaotic neighbourhood markets brimming with fresh produce. Everywhere you look there are things to eat and places to imbibe at. Therefore knowing what to try beforehand means you can get the most out of your trip; here’s a list of 5 IDEAL things to eat in Rome to dig into.

Though there’s a vast variety of pasta dishes all over the city, Rome is particularly famous for its four key, classic pasta preparations- cacio e pepe, carbonara, amatriciana, and alla gricia – each of which is a variation of the other. If you’re looking to eat your way through Rome, then these are the pasta dishes to try and you’ll see them on nearly ever Roman menu.

Here at IDEAL we’re particularly fond of cacio e pepe. The beauty in the incredible cacio e pepe is in its simplicity. It’s made up of three ingredients; pasta, cheese (pecorino romano) and freshly cracked black pepper. The best ones are served with short and clumsily rolled, thick pici pasta which are wormlike in appearance and when cooked well, have the bite of al dente that every good pasta should, but also bounce owing to its thickness.

When it comes to carbonara, if you’re after the real thing (get on with it already!) then Hosteria Grappolo d’Oro, close to  Piazza Navona, does arguably the finest carbonara in Rome. Another popular choice among the food cognoscenti of the city is Da Gino al Parlamento, not far from the Pantheon. While the alla gricia here is certainly good, their bucatini amatriciana is particularly revered.

The Romans are experts at deep frying things and one of the best examples of their deep frying prowess is the fiori di zucca fritti (fried and stuffed courgette flowers) which has become one of the city’s signature dishes. Here they use this delicate little flower as a vessel for greatness by stuffing the blossoms with mozzarella and one thin anchovy. Then the whole thing is lightly battered and fried. And the result? A delicious and decadent dish you’ll want to eat more than once on your trip.

There’s an offal lot of offal in roman cuisine (sorry we had to). Back in the day, slaughterhouse workers in Rome would be given the “quinto quarto” or “fifth quarter”  as a perk of their job. This was basically all the parts of the animal that no one else wanted such as intestines, tails, organs and other innards.

As a result many quinto quarto recipes were developed and a new part of Roman cuisine was born. Indeed, some say you haven’t eaten properly in Rome until you’ve enjoyed some offal.  For some of the best, head to Testaccio, the neighborhood where many of the most famous offal dishes came from. Some of best offal offerings include trippa alla romana at (stewed tripe in tomato sauce) pajata (calf intestines with the mother’s milk still inside) and coda alla vaccinara (braised oxtails).

If you’re looking for a tasty snack (or another deep-fried delight) look no further than the Roman version of arancini – supplì alla Romana. These bite-size balls are filled with moreish mozzarella which is then surrounded by a mixture of risotto and tomato sauce, and then coated in breadcrumbs and deep-fried. When broken in two, the stringy mozzarella is said to resemble the cord connecting a telephone handset to the hook – hence the nickname supplì al telefono.

Apparently these roman rice balls were invented to please Napoleon III’s troops occupying Rome in the late 1800s. They had sampled arancini (originally from Sicily) and demanded the Roman cooks make a similar dish for them. They did, but filled them with chicken livers and pecorino rather than ragù and named them la surprise, which later evolved into supplì.

The artichokes of Rome are world-famous and have been a local favourite since the 16th Century (at least). Unlike other varieties they are entirely edible since they have no spines and as such, are easy to prepare, cook and eat. In Rome you get you’re artichoke prepared two ways; the first is the Roman way (carciofi alla Romana) where the artichokes are slowly cooked in olive oil until they soft. The second is the Jewish method (carciofi alla Giudia) where they are pounded until they open and are then deep-fried until the leaves become brown and crispy. Delizioso! 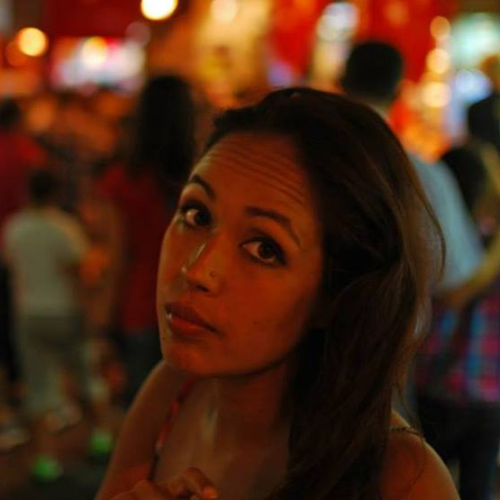