Us Brits just love a bit of Majorca. So much so, in fact, that we anglicised the name and slipped a Double L in there for good measure. But in all seriousness, the biggest island in the Balearics has been delighting British holidaymakers since Skegness, Butlins et al lost their appeal as a glamorous getaway, and the continent called out. Indeed, more than 2.3 million British tourists flocked to the island last year, accounting for a quarter of the entire tourist industry.

Yep, Majorca is a holiday destination that appeals to families, adventurers and beach lovers alike, with a thriving foodie scene, stunning countryside and thrusting capital, Palma. If you’ve not yet been, then what are you waiting for? Here are 5 IDEAL reasons to make Majorca your next holiday.

YOU CAN PREDICT THE WEATHER

Majorca enjoys predictable, reliably pleasant weather for the majority of the year. Perhaps that’s why us Brits love it so, with our own climate being so inclement and inconsistent. Indeed, from March to mid November (that’s nearly half the damn year), it’s T-shirt weather, with temperatures rarely dropping below 20°C, with an average of 300 days or more are around 21°C or higher. That, combined with the consistently humid climate, means that sea swimming is do-able (and enjoyable) throughout the year. Bliss. 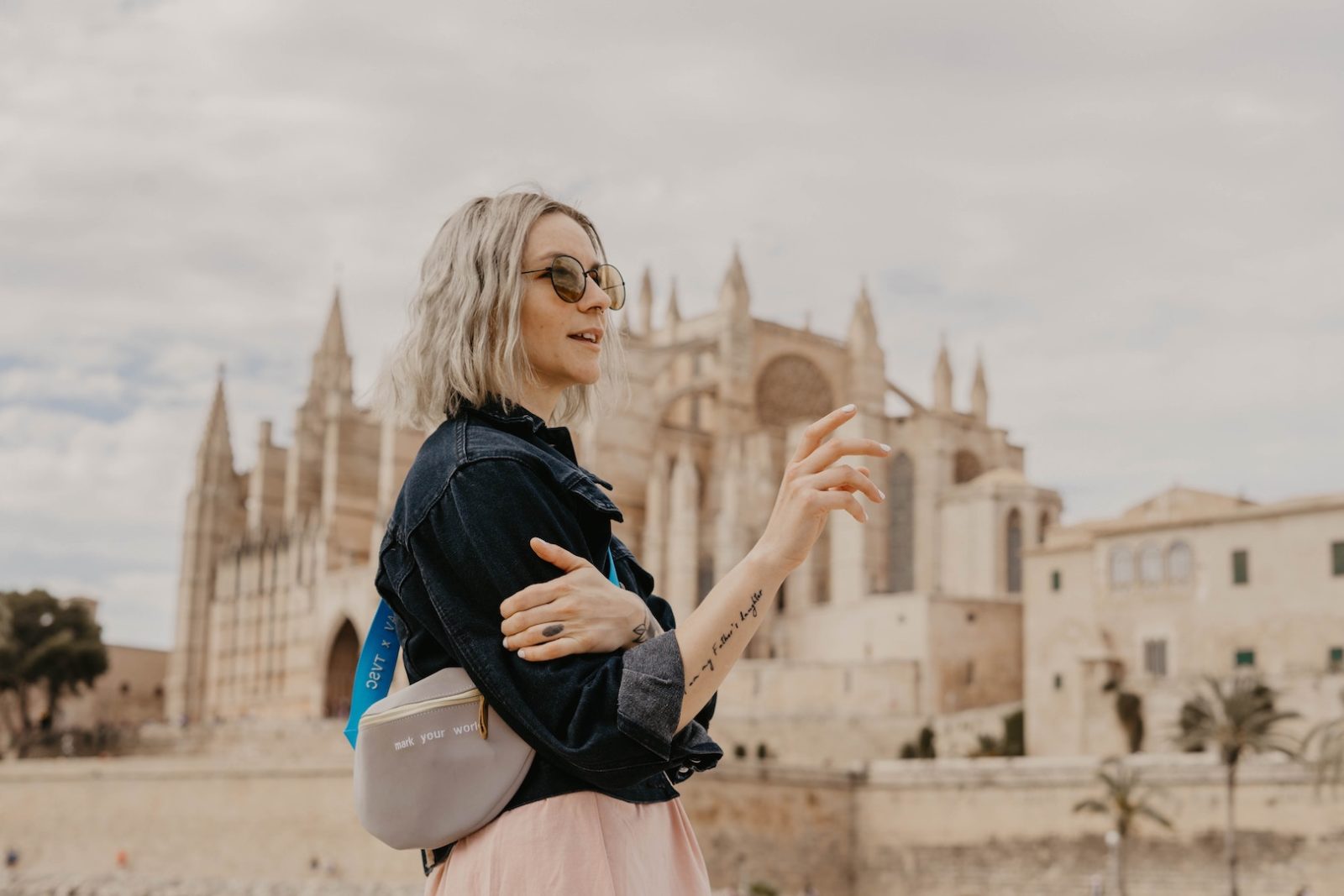 A BEACH TO SUIT EVERY TASTE

It’s said that the beaches of Majorca are so popular that 25 tonnes of sand is taken away each year in shoes, bags, hair and other crevices. That’s not to say that all of the island’s beaches are packed to the rafters with peeling tourists; there are still plenty of secluded spots to discover. More than 200, in fact, with at least 60 coming with Blue Flag accreditation to boot.

In the North of the island, Playa de Formentor is peaceful and untroubled by crowds. And Cala Estellencs, around an hour’s drive north west from Palma, though pebbled, is serene all year round. One word of caution; a fair few beaches in Mallorca are nudist-friendly and proud. Ask around with locals to check. 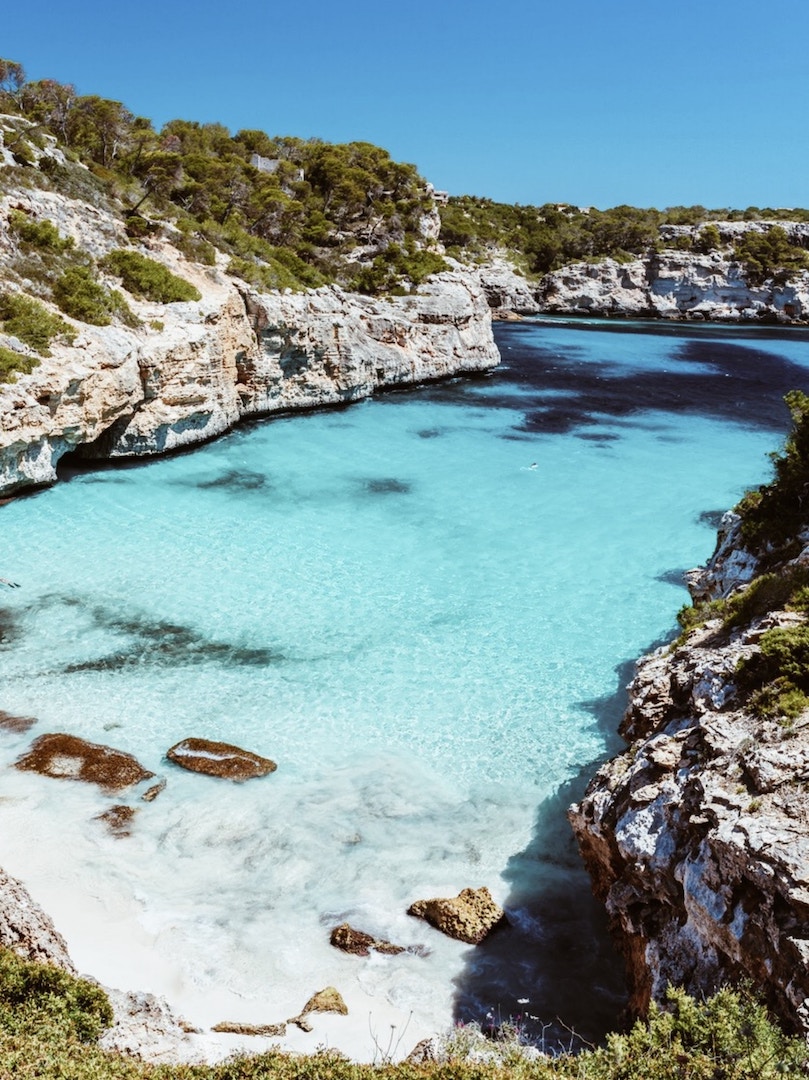 Majorca’s underground scene is amazing. And nope, we’re not talking about music, or raves, or something insalubrious. We’re talking about being literally underground. With 200 cave systems to explore, complete with stalagmites and stalactites in situ, Majorca boasts some truly intriguing nature and natural wonder.

The National Parks are incredible, too. With more than 200 species of birds and plenty of plants to admire, the Albufera National Park is a big draw for budding David Attenboroughs. Or perhaps you prefer indigenous lizards? Then hop off the island and onto neighbouring Sa Dragonera National Park, a six mile long island which the wall lizard proudly calls home. It’s only a fourteen minute ferry right from Sant Elm, and on it, you’ll find rare flora, fauna and 18 species only found in the Balearic Islands. Amazing.

The varied terrain of Majora, complete with challenging hills and hair raising descents, brings thousands of cyclists to the island every year. Yep, the Telegraph even went as far as to say the island is ‘the world’s greatest destination for cycling’. The Southern Tramuntana coastal road is perhaps the highlight of a very crowded field, with blissful views from start to finish and rolling hills providing a decent – rather than excessive – workout. If you’re looking for something to really get the pedals going, Sa Calobra has sharp bends and a heavy descent before its climb. Whatever your experience on two wheels, you’ll find something to suit you here. 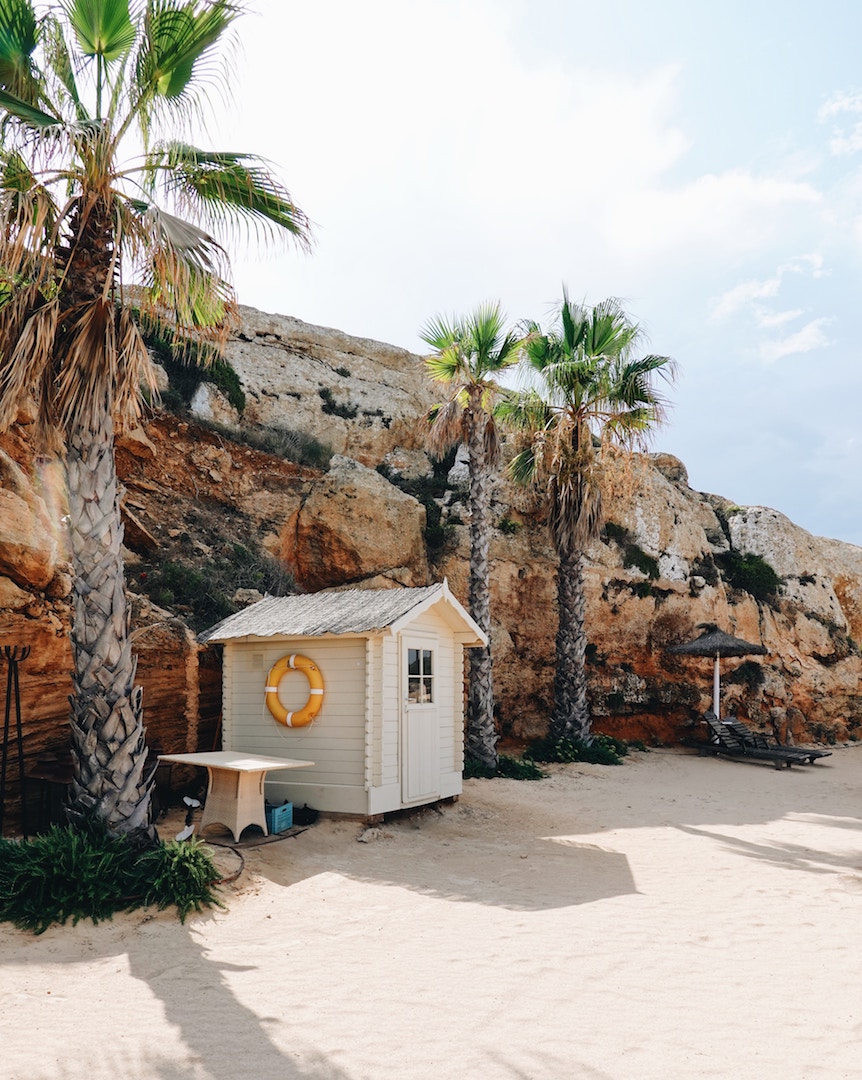 Majorcan food is having something of a moment, with its restaurant scene lauded across the continent for its fresh yet bold flavours, and the highest quality produce.

On the street, you have to seek out sobrasada, a local speciality sausage that comes with a kick of paprika and is similar to chorizo. Another great snack is the coca, a Majorcan pizza, if you will, but really a flatbread (no cheese) with vegetable toppings given the treatment of wood fire. And running with the vegetable theme, which are fantastic here, we also love pa amb oli, the island’s version of pan con tomate. Also must try are ensaimadas, the island’s delicious sweet pastries that come in a coiled shape and are dusted with icing sugar.

Away from the streets and the markets, the high-end restaurants are also getting long deserved recognition as heavy hitters. We love Aromata in Palma, which does traditional Mallorcan food with flair and finesse whilst staying true to the heart and soul of the island’s cuisine. Or, if you’re looking for a blowout, two Michelin starred Zaranda uses the finest local produce to create modern, gastronomic delights. Something to suit every taste, we think.

5 IDEAL WAYS TO BRING THE SIGHTS, SOUNDS & SCENTS OF PHILADELPHIA TO YOUR SOFA THIS SPRING

5 IDEAL WAYS TO BRING THE SIGHTS, SOUNDS & SCENTS OF...

Located on the East Coast of the U.S., Philadelphia is rich in history,...
IDEAL DESTINATIONS

Ideal for letting your hair down after a day on the slopes.
IDEAL DESTINATIONS

Portugal’s southernmost region, the Algarve, needs little in the way of introduction. Blessed with idyllic scenery, and...
IDEAL DESTINATIONS

Needing to cancel travel plans, reorganise your daily routine and stay at home? In order to combat...
IDEAL DESTINATIONS

7 IDEAL THINGS TO DO IN CHINATOWN, NEW YORK

Ideal for an escapist trip to look forward to when we’re allowed out again.
FEATURED

7 IDEAL DESTINATIONS WE CAN’T WAIT TO VISIT ONCE THIS THING’S...

Because we all need something to look forward to during this tough time, right? A little escapism...
IDEAL DESTINATIONS

Though it’s not feasible right now with the whole world seemingly on lockdown,...
IDEAL DESTINATIONS

5 ALTERNATIVE ACCOMMODATION OPTIONS FOR YOUR NEXT HOLIDAY ﻿

Ideal for those looking for something unique from their trip.
BARCELONA

5 MUST SEE PLACES ON THE IDEAL ARCHITECTURAL TOUR OF BARCELONA

Barcelona, the capital of Catalonia and one of the world’s cultural juggernauts, is revered as a treasure...
IDEAL DESTINATIONS

5 IDEAL STOPS ON YOUR CRUISE OF THE BALTIC SEA

Don’t believe the lack of hype. Nor should you write off cruise ship holidays indefinitely, due to...

5 HOUSEHOLD ITEMS TO USE IN YOUR HOME WORKOUT

IDEAL SURVIVAL GUIDE: 5 TIPS FOR COPING WITH PMS DURING QUARANTINE

STARTING OVER: 5 SIMPLE WAYS TO LIVE LIFE TO THE FULLEST

4 WAYS TO STAY CONNECTED & KEEP A SENSE OF COMMUNITY...

5 IDEAL WELLNESS TRENDS SET TO STEAL THE SPOTLIGHT IN 2020

4 IDEAL EXERCISES FOR MANAGING BACK PAIN, INCLUDING THE BENEFITS OF...

5 IDEAL TIPS FOR WORKING OUT AT HOME

HOW TO SLEEP BETTER: 5 DIET TIPS ON HACKING YOUR CIRCADIAN...

To put is simply, we're an online magazine satisfying your lifestyle cravings one article at a time!

Want to know the top hotels to stay at in New York, Paris or Rio? Want to find out which pub serves the best roast in London, where to eat a bowl of pho in Hanoi or about the best restaurants are in Copenhagen? Are you after some lifestyle hacks if you’re too busy to exercise or top tips on how to get a good night’s sleep?

Then you’ve come to the IDEAL place. We’ve done the legwork so you don’t have to with our ideal guides on travel, food, lifestyle and everything in between.

Ideal for dialling up the deliciousness on your dinner. Getting levels and layers into...