Sri Lanka is having a moment, even by its lofty standards. The ‘pearl of the Indian Ocean’ is aiming to double its number of tourists to five million by 2020 as part of its development strategy, and as such, expect to see friend’s and family’s’ insta feeds alive with gorgeous photos of golden sand and tropical rainforests this year and the next.

The country’s ecosystem is varied and diverse, and combined with a rich amalgamation of regional and past-colonial influences (Indians, Arabs, Malays, Portuguese, Dutch and English tastes all play a part), this makes for a heady, intoxicating cuisine.

A close proximity to India means that the food shares similar traits and parallels, but don’t write this off as simple curry-mile fare. No, Sri Lankan cuisine really is like no other, and with this in mind, here are 12 IDEAL dishes to try in the country.

These fermented rice and coconut laced pancakes are enjoying a well deserved spell of fame in England right now. Hoppers are so popular that a restaurant in London has even called itself after them, and a damn good restaurant it is too. The batter is shaped like a bowl in a special wok and is generally served alongside fragrant curries and spicy relishes. Oh, and there’s a runny yolked egg cracked in the middle. Splendid! The cooking technique in its small, high-sided wok like pan produces a wicked combination of textures – crunchy on the outside, slightly spongy on the inside; pliable, crisp, moppable yet yielding. These edible bowls are insanely good.

In Sri Lanka, rice and curry dishes are nearly always served with a helping of sambol – a sort of condiment designed to give the meal that extra special kick. While there are lots of different sambols, pol sambol is the most famous . Made from grated coconut mixed with red chillies, onions, salt and maldive fish, it’s so addictively good that it’ll bring you to tears knowing you can’t eat it every day back home. Or is that the chili making your eyes water? Either way, Sri Lankan food – just like the people – is convivial in nature, with plenty of tearing, sharing and scooping, and a redolent pot of pol sambol is right at home in this environment.

No to be confused with hoppers, idiyappam are nests of rice vermicelli noodles known as string hoppers that are often eaten at breakfast or for dinner (lunch, it seems, is missing out).  Kiri Hodi, otherwise known as coconut milk gravy, is the perfect accompaniment to string hoppers, as is Pol Sambol. Sweet or savory, early or late, these are a wonderfully versatile vessel beloved of the Sri Lankans.

If you’re in search of something tasty to start your day, look no further than Pittu. Originally from the Kerala region of India, it’s become a popular breakfast dish in Sri Lanka. This one’s made from grated coconut and coarsely ground rice flour mixed together; the mixture then placed in the cylinder tube of a pittu steamer and steamed until solid. This coconut-rice combination is best enjoyed with thick, warmed coconut milk.

This is a traditional Sri Lankan street food that you’ll hear before you can smell or see it. The unmissable loud and distinctive rhythmical beat of metal blades clashing against heated hot plates announces that Kottu Roti is near – just follow your ears. The Sri Lankan’s equivalent to bubble and squeak, it’s more or less a stir fry of leftovers. Roti from the day before is mixed with vegetables, meat and different spices like ginger and garlic and chopped – Kottu means chop chop. The result of this theatrical preparation is a moreish pile of leftover messy goodness.

Sour fish curry doesn’t get better than this. Originating in the South of the country, Malu Ambul Thiyal is the quintessential Sri Lankan curry that everyone should try to get a flavour of the competing yet harmonised influences of the island. Made with coconut, chili and dried gorka (a tamarind like fruit), which gives a tart flavour so distinctive to the dish, it’s completed with the best white-fleshed catch of the day. If that doesn’t rock your day boat, we don’t know what will.

Wambatu Mojo – in other words, spicy eggplant pickle – does indeed have a whole load of mojo. It’s one of the most classic Sri Lankan side dishes, and swaggers on to any table, small but perfectly formed.  A bit like a caramelized pickle, it has layers of different flavours and spices, giving curries and other dishes an extra kick, as if they needed any more boot.

Parippu is one of Sri Lanka’s most basic but delicious dishes. It’s a dhal curry where lentils are mixed with spices and coconut milk. The flavour and colour of the dahl is never quite the same from one place to the next, and the appearance can change by using different ingredients – no matter how it’s cooked. Each rendition is an expression of the day’s mood and the chef’s ever present personality, and that makes it an irreplaceable staple of the country.

Showcasing Sri Lanka’s diverse cuisine is Lamprais. The dish is influenced by the Dutch Burgher, a small Eurasian ethnic group in the country.  Loosely translated as a packet of lump rice, this complexed dish is an amalgam of different components wrapped in a banana leave. Some of the fillings you’ll find are yellow rice, cutlets, curry, fried plantains, deep fried golden egg, sambol, wambatu mojo; loads, really. The result? A fragrant delicacy that’s spicy, salty and sweet – all at the same time. When you open up the parcel, the suggetive aromas cause things to get a little pavlov. The idea is to mix all the ingredients so you get all the different flavours with each bite, creating a complex, stimulating eat.

Polos is the Sri Lankan name for baby jackfruit and ambul means sour; the linguistic procreation resulting in a jackfruit curry heavy on citrus and zing. Cooked for around two hours on a low heat, the meaty and tender jackfruit takes on the spices of the dish but retains its unique texture and ripe taste. An absolute must for vegetarians and carnivores alike.

Like the crème caramel of France, this is Sri Lanka’s classic custard dessert. A rich and creamy coconut custard with a hint of warming spices including nutmeg, cardamom and cloves, it’s insanely good. The sweet is steamed and glazed in palm sugar and often topped with cashew nuts for some texture and crunch. Watalappan is particularly loved by Sri Lanka’s Muslim community who typically serve it at weddings, festivals and feasts. It’s a pudding very much deserving of this pedestal.

Pssssst. Hey you, sweet tooth! If desert is your thing, then don’t leave the island without trying Pani Pol – sweet coconut pancakes.

Wood apple juice is everywhere in Sri Lanka – you just need to use your nose to find it. Like the durian fruit so notorious (and beloved) in South East Asia, it has a pungent aroma that is unmissable. The fruit itself has a tough shell with a brownish pulp on the inside and small white seeds. Sri Lankan’s love to mix it with coconut milk to create a wood apple smoothie. 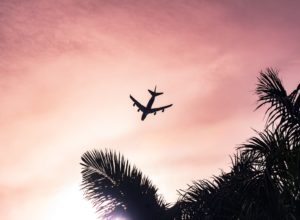 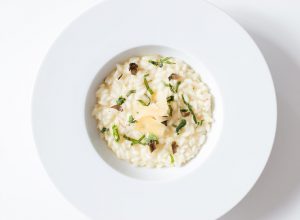