As recently as ten years ago, Cambodia was a whole lot lighter on the load, tourism-wise. But the recent influx of travellers of all purposes and budgets has led to huge investment in the country, and a more seamless experience for tourists visiting accordingly. From Sihanoukville to Battambang, this is a country on the up, and we just love it.

The country’s chicest, most happening destination, Siem Reap, may be compact in size, but culturally and culinarily it packs one hell of a punch. It’s most famous as being the gateway to world famous religious site Angkor Wat, but the city itself is brimming with history and heritage, vibrancy and brilliant food. With that in mind, here are 5 IDEAL things to do in Siem Reap, Cambodia.

We had to start here. One of the newly appointed wonders of the world, Angkor Wat is said to be the largest religious monument out there, made up of Buddhist and Hindu temples dating all the way back to the 12th century and beyond. Covering 162 hectares of jungle, it’s pretty much impossible to see it all in a day. In fact, you wouldn’t want to rush; it gets swelteringly hot and the (understandable) crowds mean it’s not always leisurely. That said, there’s not much on the planet that can beat sunrise here. Beginning at around 5:30 am and casting the mystical, mysterious site in a warm, majestic glow, it’s a spectacle which really needs to be seen to be believed. 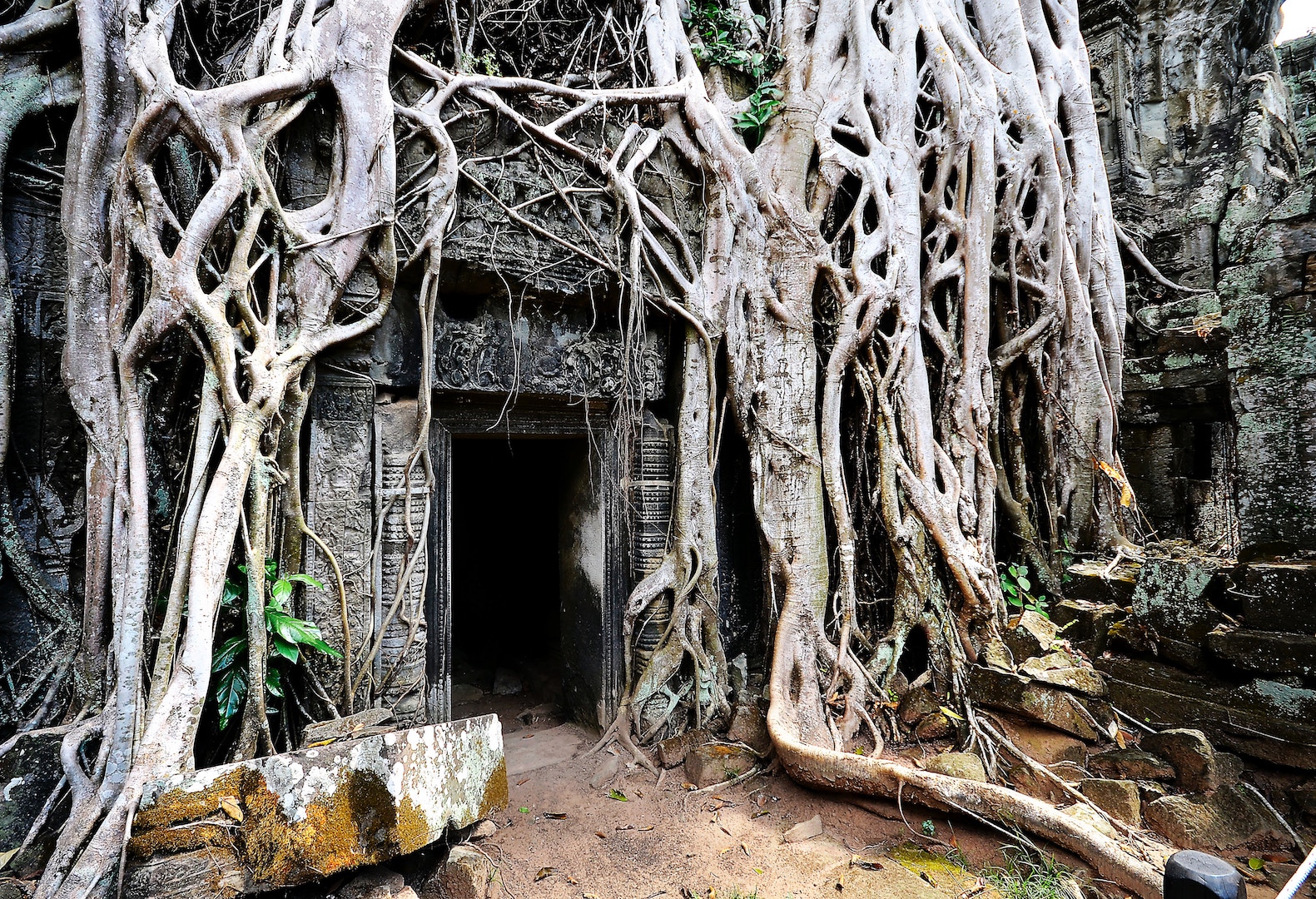 Who doesn’t love the hustle and bustle of a South East Asian market, where the same families have sold the same wares, day in and day out, for generations. There really is nothing better. This is another experience best enjoyed early doors, when locals do their bidding and the best finds food-wise are made. The fresh produce here is killer, with some of the finest fruit around selling for just a handful of riel. When the season is right, go out of your way for mangosteen and durian; two heavy hitters in the fruit world.

Though it’s not as modern and refined as the Angkor Night Market, there’s a central food court doing a killer breakfast; Num Banh Chuk is an awesome spread of fermented rice noodles and lots of bowls of goodies to enjoy them with, including (but not exclusively) green curry, homemade chilli sauce, shredded banana blossom and fresh herbs. So, so good. Oh, and don’t leave the market without the definitive Cambodian condiment ‘prahok’ in hand. It’s a fermented fish relish which smells strong but tastes divine.

SEE A PERFORMANCE AT PHARE CIRCUS

Cambodia has a rich history of dance performance and acrobatics, and this is celebrated lovingly and with some serious skill at Siem Reap’s Phare Circus. The team behind it harness the power of modern circus performance nightly, as well as music and dance, to tell Cambodian folk stories which were in danger of being forgotten during the country’s harrowing recent history. The circus also provides a safe haven, education, and often a hugely rewarding career to many survivors of personal trauma, with many going on to international success as performers. It’s an absolute must for anyone visiting the city.

Speaking earlier of the country’s fine cuisine, Siem Reap is the epicentre of a new wave of Khmer cuisine making a big noise across the country and beyond. Our pick of the bunch is Spoons, a celebration of the country’s much-undiscovered cuisine and a philanthropic operation to boot. Cuisine Wat Damark is another superb Siem Reap restaurant, doing Khmer fine dining with respect for its heritage and at the very highest level.

But honestly, the city is spoilt for choice; Malis, the Kitchen Charcoal and Marum are all also bringing innovation to traditional Khmer recipes, and we’re so here for it. Punchy, funky, spicy, earthy but so refined, it has to be one of the world’s most underrated cuisines. We think that’s soon to change.

VISIT THE ANGKOR CENTRE FOR CONSERVATION OF BIODIVERSITY

Located around an hour’s drive south of the city, and close to the temples of Angkor Wat, is the Angkor Centre for Conservation of Biodiversity (or ACCB if you don’t fancy saying that out loud again). The centre is dedicated to the focused breeding and conservation of 45 local, endangered species, including gibbons, langurs and turtles, and the ACCB also provides shelter from illegal poaching, hunting and deforestation, which are currently plaguing Cambodia’s north. Tours are available at 9am and 1pm for a small donation of just $3.

5 IDEAL WAYS TO BREATHE NEW LIFE INTO YOUR INTERIORS IN...